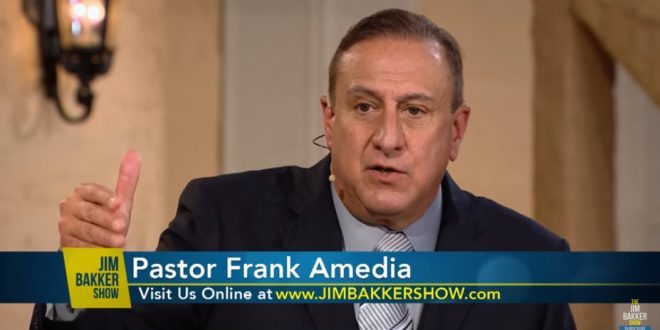 Prophet: God Punished Trump For Not Thanking Him

“A lot of the things that God had given him to do he fulfilled as a checklist. But here’s the key: Who got the glory? And who was he taking the glory to?

“Was he thanking God for it publicly? Was he pointing to God for it? What we saw over and over and over, to the point that it was nostalgic to even those of us who wanted it to happen, we all got tired of his tweets.

“He’s sovereign, and his word tells us very clearly, ‘I give my glory to no one else.’ Pride goes before the fall.” – Self-proclaimed prophet Frank Amedia.