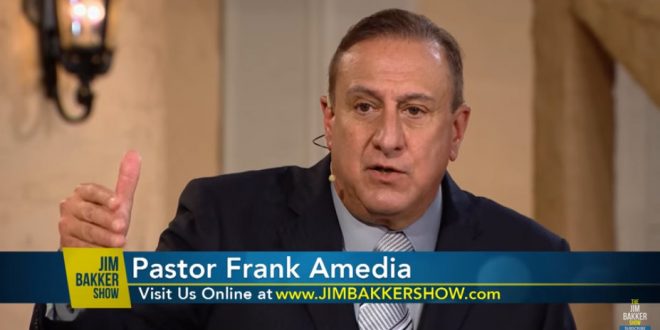 A group of “prayer warriors” associated with the pro-Trump “prophetic” network POTUS Shield is celebrating the death of Supreme Court Justice Ruth Bader Ginsburg as an answer to prayer and a miraculous “move of God” to allow President Donald Trump to name a third Supreme Court justice in his first term. Trump-supporting religious-right supporters have often prayed for God to “remove” Supreme Court justices to give Trump the ability to name justices to the court who would overturn Roe v. Wade.

In a message apparently written Saturday and shared with supporters via email and Facebook Sunday, Frank Amedia wrote ​that Ginsburg’s death was indeed part of the divine intervention he had been predicting. The excited message was headlined, “The awaited prophetic move has begun!!” He declared that Ginsburg’s death was in answer to POTUS Shield’s Friday night prayers that God would hear “the cry of the blood of the 60 million murdered children​.”