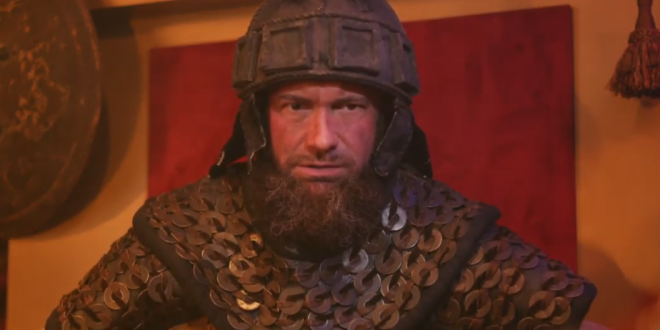 Loeffler Ad Favorably Compares Her To Attila The Hun

The screen darts to a re-imagining of the ruthless leader, who was ruler of the Hunnic Empire during a reign of terror that pushed back Roman expansion and conquered vast parts of Asia and eastern Europe.

Far from the stereotype of the unwashed, uneducated barbarian, Attila was born (probably at the beginning of the fifth century A.D.) into the most powerful family north of the Danube River. His uncles, Octar and Rugila (also Ruga or Rua), jointly ruled the Hun Empire in the late 420s and early 430s.

Attila and his elder brother, Bleda, received instruction in archery, sword fighting and how to ride and care for horses. They also spoke–and perhaps read–both Gothic and Latin, and learned military and diplomatic tactics; the two brothers were likely present when their uncles received Roman ambassadors.