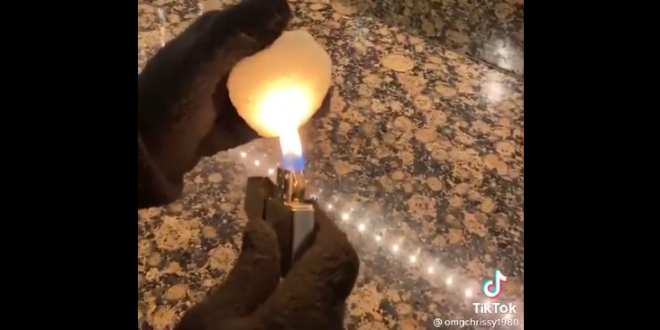 The claims included the false allegations that the snow in Texas was fake and somehow engineered by President Joe Biden and that Bill Gates “blocking the sun” caused the bizarre weather.

Google search trends throughout the week demonstrate the scope of this misinformation. On Wednesday, “fake snow” was a top related-search-query for “Texas snow.” On Thursday, “bill gates sun” was a breakout related-query, meaning that the searches grew by more than 5000%.

One of the stranger responses to the disaster was the spread of viral conspiracy theory videos on TikTok, Facebook and Twitter claiming that the severe snow was actually “fake” and “government generated” as part of a sinister plot instigated by shadowy “elites”, presumably intentionally plunging Texas into its present state of chaos.

“This goes out to our government and Bill Gates. Thank you Bill Gates for trying to f***ing trick us that this is real snow,” a woman says in one video as she holds a cigarette lighter to a snowball over her bathroom basin.

“You’ll see it’s not melting and it’s going to burn. Snow don’t burn. Snow f***ing melts. No water, no dripping, no nothing. If I put this s*** in the microwave, it’s going to start sparking because there’s metal mixed in it.”

Given enough time, a snowball exposed to heat will melt into a puddle. However, the social media users hold lighters to the snowballs only long enough for black scorch marks to appear.

As for the scorch marks? Those come from the lighters themselves. Lighters are typically fueled by butane, which is composed of carbon and hydrogen. When a lighter is flicked on, the butane molecules react with the oxygen in the air, releasing energy as heat.

The reaction isn’t perfect, and some of the carbon molecules from the butane bond with one another to form soot.

Despite what you may have seen on Facebook, President Joe Biden did not plan Winter Storm Uri as an “attack on Texas.” https://t.co/OO06LDaSTH

Previous Virginia Bill To Abolish Death Penalty Heads To Gov
Next Prophet: God Punished Trump For Not Thanking Him