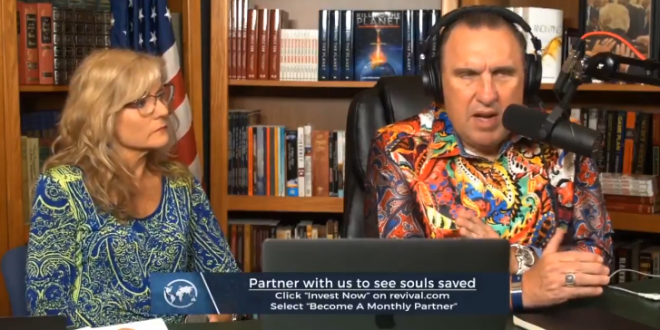 Scamvangelist Who “Laid Hands” On Trump Won’t Stop Services: We Have “13 Machines To Shoot Down Virus”

“The Lord has helped us to secure our congregation. We bought in 13 machines that basically kill every virus in the place. If somebody walks in the door, it’s like, it kills everything on them. If they sneeze, it shoots it down at like 100 mph. It’ll neutralize it in split seconds. So we have the most sterile building in, I don’t know, all of America.” – Scamvangelist Rodney Howard-Browne, who was among those who “laid hands” upon Trump in the Oval Office.

Rodney Howard-Browne will continue to hold services because his church is the most sterile building in America, as it contains 13 machines that can instantaneously kill any virus: “If they sneeze, it shoots it down at like 100 mph. It’ll neutralize it in split seconds.” pic.twitter.com/Z5PLFXlPfp