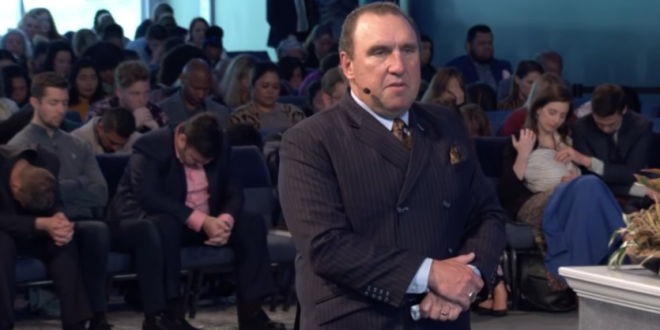 Not every house of worship is bowing to government guidelines designed to help snuff out the virus. Rodney Howard-Browne, a Florida-based charismatic Christian pastor who prayed over Trump in the Oval Office in 2017, vowed not to stop services and encouraged worshippers to shake hands.

In Louisiana, pastor Tony Spell was warned by police Tuesday after holding a service that attracted hundreds and flouted a state ban on mass gatherings. Spell, who has claimed that his services also heal cancer and HIV, said that he would not permit “any dictator law” to stop worship.

The First Amendment safeguards religious freedom, and 21 states have separate religious freedom laws designed to shield expressions of faith. Still, those laws are likely to provide scant protection for any house of worship that defies emergency governmental moves to limit gatherings during the fight against the pandemic.