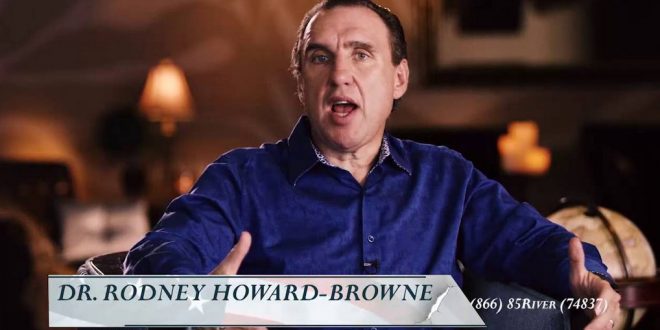 Pastor Who “Laid Hands” On Trump: Jesus Would “Beat The Crap” Out Of John Bolton, Wish I’d Done It Myself

Right-wing pastor and radical conspiracy theorist Rodney Howard-Browne posted a series of tweets yesterday in which he said that Jesus would have “beat the crap out of” former national security adviser John Bolton for writing a book that reportedly reveals that President Donald Trump told Bolton that he wanted to continue withholding aid to Ukraine until the Ukrainian government opened an investigation into his political rival, Joe Biden.

You are a slime ball of the highest order …. I should have knocked your sorry butt through the door of the Oval Office into the rose garden when I saw you. I would have gladly been arrested …. what a Benedict Arnold ….. I am glad you were fired !!!!! https://t.co/vZWif9ohjV

I have no respect for someone who is disloyal to the President and loyal to deep state !!!

No respect! No respect at all …… what a globalist sellout!

When we are fighting for the republic, endeavoring to save it from a deep state coup, this “clown” walrus – Warhawk Bolton just needs to just return to the deep state ocean he swam out of!