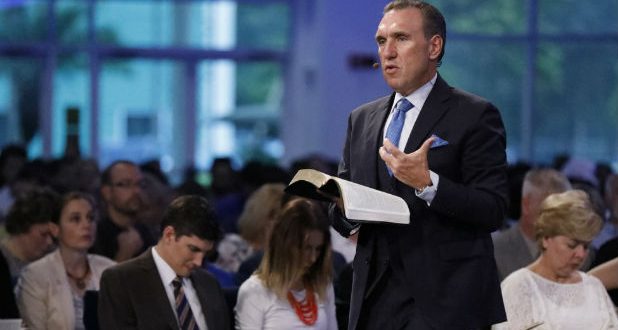 Pastor Who “Laid Hands” On Trump: Hollywood Is Filled With Cannibals Who Drink Blood Of Children [VIDEO]

“They sacrifice children at the highest levels in Hollywood. They drink blood of young kids. This is a fact. That is why the next thing to be exposed will be all the pedophilia that is going to come out of Hollywood and out of Washington, D.C. The human sacrifice and the cannibalism has been going on for years. Some of you say, ‘Oh, they don’t do that.’ It’s worse than what you think. You remember when the whole spirit cooking thing came out? That’s commonplace, ladies and gentlemen.

“And many of the Hollywood actors that you go see on a screen, what you don’t know [is] they bring a witch, they do a big seance right there on the set and they worship devils and they allow devils to come into them before they take the part of what they’re going to act. It’s a fact what I am telling you.” – Pastor Rodney Howard-Browne, who recently was part of the Oval Office “laying of hands” on Donald Trump.