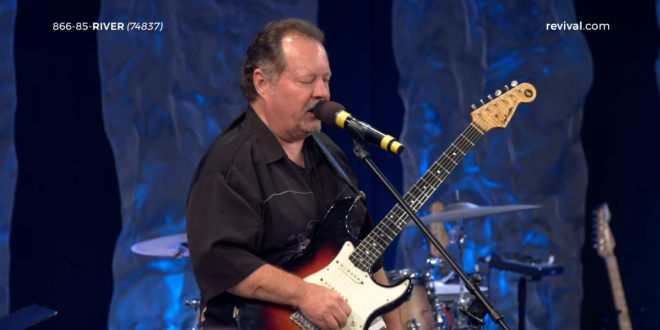 Yesterday, one of the first deaths of a Virginia resident from COVID-19 was a Christian musical evangelist who, believing the pandemic response to be anti-Trump “mass hysteria,” took his family to New Orleans to “wash it from its Sin and debauchery.”

Landon Spradlin, 66, was an accomplished blues musician who pastored several different churches over the years.

Spradlin was likely already infected when, on March 13, he posted a highly misleading meme comparing COVID-19 and swine flu deaths, suggesting that the current virus response was “mass hysteria” created by the media for no reason other than to hurt Donald Trump.

According to his Facebook page, Spradlin performed on the streets of New Orleans during Mardi Gras during which “many were touched by the power and love of Jesus!!”

In the clip below, Spradlin performs for the congregation of far-right Trump cultist Rodney Howard-Browne, who himself this week spread multiple insane conspiracy theories about the coronavirus and who has vowed to defy orders against large gatherings. 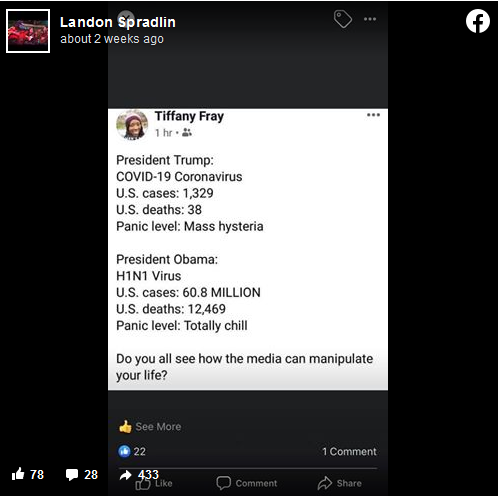