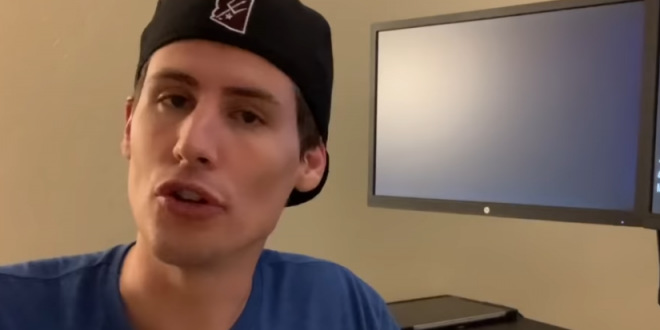 FBI Busts Man Claiming To Be Q Of #QAnon Batshittery

In the bizarre world of QAnon conspiracy theorists, 29-year-old Austin Steinbart was a rising star. A segment of the pro-Trump conspiracy theory group believed he was the mysterious “Q,” the anonymous internet figure whose clues have convinced a portion of the president’s base that Donald Trump is engaged in a shadowy war against pedophile-cannibals in the Democratic Party.

Online, Steinbart had amassed nearly 20,000 Twitter followers and 23,000 YouTube subscribers, even as he infuriated more established QAnon hucksters with his brash attitude. In rambling YouTube videos, Steinbart claimed that he was “Q,” was somehow in communication with a time-traveling version of himself, and would soon be appointed to run Trump’s Space Force — a nonsensical narrative that nevertheless won him the devotion of a number of QAnon believers.

Steinbart is accused of illegally accessing private medical records and leading a campaign of harassment against the company that stored the records. You simply must read the full article to grok the crazy.

Looks like Austin Steinbart was arrested and is being tried by a U.S. Attorney over cyber harassment he was doing. Would explain why he’s been so silent for the last week.

Onto the next chapter. https://t.co/AmfxjpfDIH

Austin Steinbart is a true Patriot! A good man.. and the biggest giver of truth i have ever witnessed… If you think its great that black hats are nefariously trying to take him down because you dont believe he is Q, then what do you stand for?
Love and Peace.WWG1WGA(Belfast)

Amusing thought for the day: Austin Steinbart (self proclaimed Q) claimed he was receiving messages from himself from the future. If that’s true, why didn’t he warn himself he was going to be arrested?