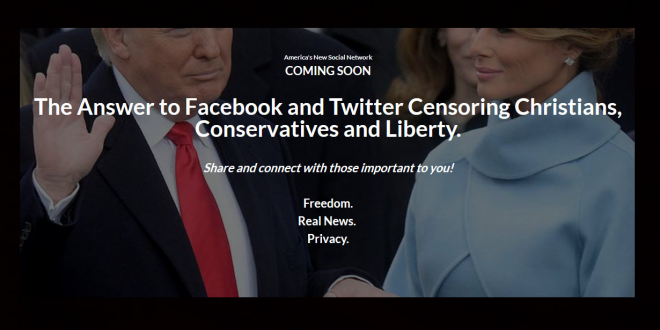 After Facebook blocked more than 70 million people from Steven Andrew’s conservative and President Trump messages, he decided to “save the Internet” by beginning a powerful conservative social media network. It has an attractive name to unite the nation of USA.Life and people are “signing up as soon as they hear the news,” he said.

According to his crowdfunding site, Andrew has raised just over $100,000 towards the launch. Years ago, longtime readers might recall, Pastor Andrew was a regular feature on JMG for his rants against LGBT rights, such as the ones seen below. (And uh, yeaaah, check his voice.)

Anyway, here’s hoping USA.Life is as much fun for us as Janet Porter’s ReaganBook was. I think I registered there as Nancy Reagan’s astrologer, Joan Quigley.