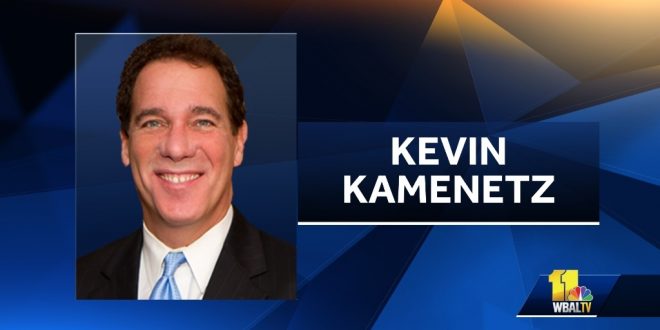 Baltimore County Executive Kevin Kamenetz — a Democratic candidate for governor and a fixture in state and local politics for nearly a quarter-century — died Thursday morning of a heart attack, officials said.

Baltimore County police issued a statement saying that Kamenetz, 60, had been transported by ambulance early this morning to University of Maryland St. Joseph Medical Center where he was declared dead of a cardiac arrest.

“Kamenetz was at his home in Owings Mills, asleep, when he awoke at about 2 a.m. and complained of feeling ill,” police said in a statement. “He was transported by the Garrison Fire Station’s Medic 19 to St. Joseph, where doctors pronounced him deceased at 3:22 a.m.”

Shocked and incredibly saddened to hear the news of the death of Baltimore County Executive Kevin Kamenetz. Sending prayers of comfort and strength to his wife Jill, his two young sons, and all of his family and loved ones.

Before he died of a heart attack early Thursday morning, Kevin Kamenetz was a formidable and leading contender in the crowded Democratic primary race for governor. Here’s what that means for the race: https://t.co/WC227KBCwx

Kevin Kamenetz’s death blows a huge hole in Maryland’s political landscape and will shake up the crowded Democratic primary race for governor. Here’s what it means for the race: https://t.co/l3glkX1HU6

The First Lady and I are shocked and grieved by the sudden passing of Baltimore County Executive Kevin Kamenetz. Our prayers go out to his family and many loved ones this morning.