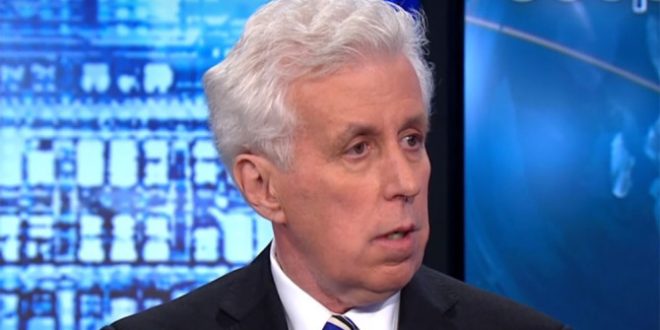 After getting canned by CNN, Trump ballwasher Jeffrey Lord fled to Breitbart, where his crackpot batshittery has an eager audience. From his debut column:

Right in character, there was David Duke blaming race for his various election defeats over the years in Louisiana. Bitterly Duke said that he lost because his GOP opponent in one special election “was quite successful in referencing a nostalgia that would give hope, comfort, settle grievances, for millions of people who were upset about gains that were made by others because—”

Yes, you read that right. In an interview with Jane Pauley on CBS Sunday Morning, in which the failed 2016 Democratic Party nominee was promoting her new book What Happened, Clinton actually sounded exactly like former Ku Klux Klan leader David Duke, blaming her loss on race.

You may recall that Lord recently declared that the KKK is a “leftist hate group.” Yeah.

Previous Propaganda Minister Kellyanne Conway: All The Trump Jokes At The Emmys Made People Tune Out [VIDEO]
Next Trump Opened His First UN Speech By Plugging His Nearby Apartment Building Because Of Course [VIDEO]