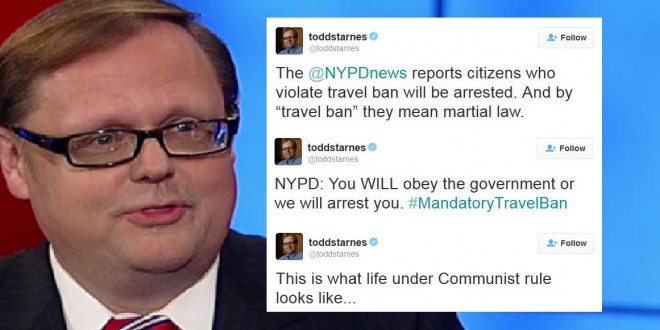 Todd Starnes is already one of the most mocked nutjobs on Twitter, but today he earned epic levels of ridicule for the above series of tweets in which he calls NYC Mayor Bill De Blasio a communist for imposing a ban on non-emergency vehicles during the blizzard. Pedestrians, of course, remain completely free to do whatever they like, but OMG it’s MARTIAL LAW! We can only presume that Starnes strongly objects to those socialist snowplows clearing the Brooklyn street outside his home.