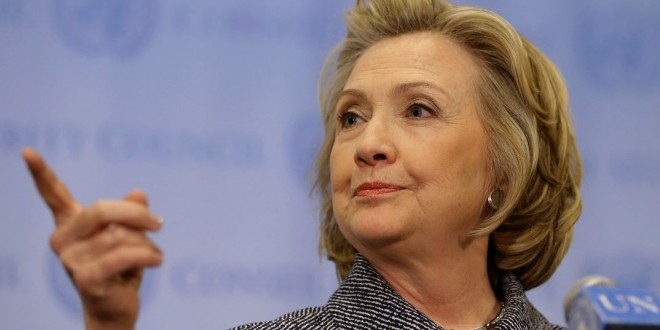 The presidency is not an entry-level position. Whoever is sworn into office next January must demonstrate not only a deep understanding of the issues facing America, but also possess the diplomatic skills that enable presidents to forge alliances to get things done.

By that measure, Democrats have one outstanding candidate deserving of their support: Hillary Clinton. No other candidate can match the depth or breadth of her knowledge and experience.

As first lady, she worked tirelessly on health care reform and, with bipartisan support, created the Children’s Health Insurance Program that provides coverage for 8 million children.

As a senator, she reached across party lines and joined forces with conservatives, including Sen. Lindsey Graham and former House Speaker Newt Gingrich, to fight for job creation and universal health care.

She is not a perfect candidate, as evidenced the way she has handled the furor over her private email server. In our endorsement of her 2008 campaign for president, we wrote that “when she makes a mistake, she should just say so.” That appears to be a lesson she has yet to fully embrace.

Her changing stance on gay marriage, immigration and other issues has invited accusations that she is guided less by personal conviction than by political calculations. She refutes that, and argues persuasively that a willingness to change one’s thinking on specific issues, while remaining true to what she calls “the same values and principles,” is a virtue, one lacking in most politicians.

In the final analysis, Iowa Democrats will have to choose between the lofty idealism of Bernie Sanders and the down-to-earth pragmatism of Hillary Clinton. For some, this will be a choice of whether to vote with their hearts or their heads.

Clinton has demonstrated that she is a thoughtful, hardworking public servant who has earned the respect of leaders at home and abroad. She stands ready to take on the most demanding job in the world.

On the GOP side the paper has endorsed Marco Rubio.