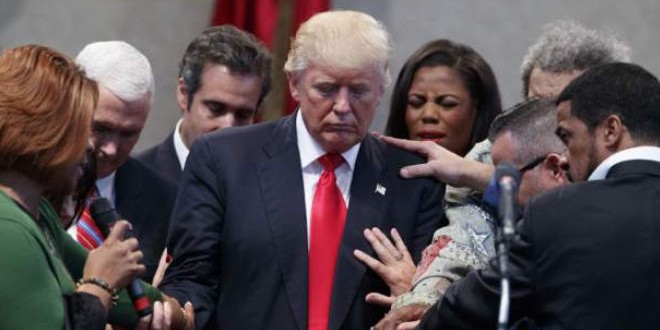 “In the 1990s, a Jezebel curse was released over our nation. Today, it is broken. Early Tuesday morning, I released a dream and a prophetic word — ‘Prophecy: on Election Day, a Kingdom Will Be Toppled.’ The word was as clear as anything I’ve ever heard the Lord say. I felt in my spirit I knew exactly what He meant but that’s all He said, so I avoided prophetic presumption, watched and waited with the rest of the nation.

“An evil, unseen kingdom was toppled in the wee hours of Nov. 9. As the ekklesia—the governing church—continues rising in the years ahead, we’ll see the manifestation of this divine toppling in both the spirit and the natural. A demonic throne was overturned today and more demonic thrones will be toppled as the violent governing intercessors, emboldened by the Spirit of God, take them down by force in prayer in the name of Jesus (Matt. 11:12).

“On Nov. 8, the body of Christ at large stopped tolerating Jezebel. Although this principality will not be eradicated from the earth until Jesus returns, we have authority over Jezebel. On Nov. 8, the church rose up with the fervor of Jehu and threw Jezebel down. Indeed, ABC reported the largest Christian turnout to a presidential election in our history. The sleeping giant is officially awake.” – Completely sane Jennifer LeClaire, writing for Charisma News.