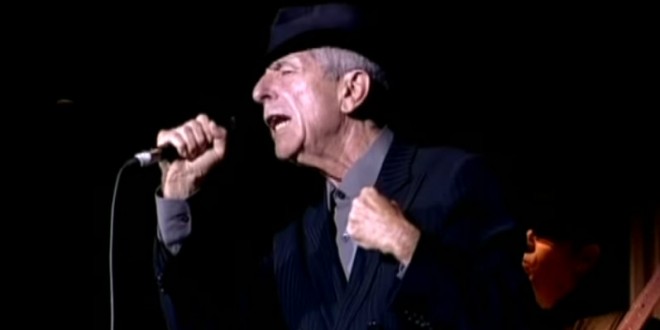 Leonard Cohen, the hugely influential singer and songwriter whose work spanned nearly 50 years, has died at the age of 82. Cohen’s label, Sony Music Canada, confirmed his death on the singer’s Facebook page.

“It is with profound sorrow we report that legendary poet, songwriter and artist, Leonard Cohen has passed away,” the statement read. “We have lost one of music’s most revered and prolific visionaries. A memorial will take place in Los Angeles at a later date. The family requests privacy during their time of grief.” A cause of death and exact date of death was not given.

After an epic tour, the singer fell into poor health. But he dug deep and came up with a powerful new album. “My father passed away peacefully at his home in Los Angeles with the knowledge that he had completed what he felt was one of his greatest records,” Cohen’s son Adam wrote in a statement to Rolling Stone. “He was writing up until his last moments with his unique brand of humor.”

Cohen was the dark eminence among a small pantheon of extremely influential singer-songwriters to emerge in the Sixties and early Seventies. Only Bob Dylan exerted a more profound influence upon his generation, and perhaps only Paul Simon and fellow Canadian Joni Mitchell equaled him as a song poet.

Cohen’s haunting bass voice, nylon-stringed guitar patterns and Greek-chorus backing vocals shaped evocative songs that dealt with love and hate, sex and spirituality, war and peace, ecstasy and depression. He was also the rare artist of his generation to enjoy artistic success into his Eighties, releasing his final album, You Want It Darker, earlier this year.