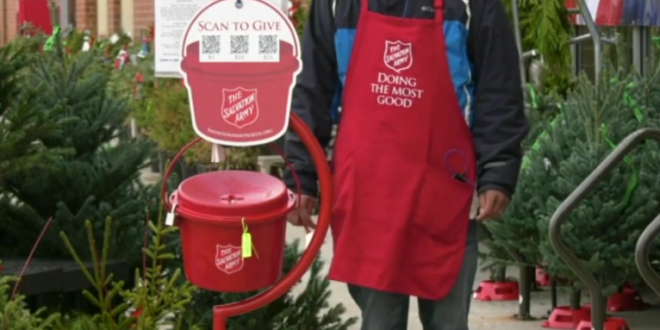 Two years ago, 2ndVote was one of many organizations which stood behind The Salvation Army when Chick-fil-A dropped its donations over woke Twitter’s dislike of a conservative Christian non-profit getting funds from a Christian business.

We were therefore disgusted and disappointed to see that The Salvation Army had taken it upon itself to bow down to the Left’s view of race and racism.

The short version is that The Salvation Army published a series of documents which implies that white people are inherently racist, and that racism is everything from hatred of people of other skin colors to – and we are quoting here – “a well-intentioned Sunday School curriculum that only uses white photography and imagery.”

This latter line is in the Racism Study Guide – a truly disappointing document, especially because the 2017 International Position Statement on racism is actually in line with Christian principles of equality under God.

The Salvation Army says it has withdrawn the Guide in light of backlash, and we have verified that their CRT documents and doctrines are unavailable online.

Their support for the LGBTQ community, including funding for Pride parades, and funding of third party organizations that support Common Core are also deviations from their core mission.

Do not forget to use your voice by contacting the Salvation Army to let them know how you feel about their socio-political policies and the publications of their Social Justice committee. The instant backlash they received over the last week is evidence that YOU can make a difference.

2nd Vote appeared on JMG in December 2019 when they called for boycotting Chick-Fil-A because “LGBT unicorns have vowed to destroy Christianity.”

In June 2021 we heard from them when they called for boycotting Dick’s Sporting Goods for supporting “red flag” gun laws.

The Salvation Army responds to the flap below.