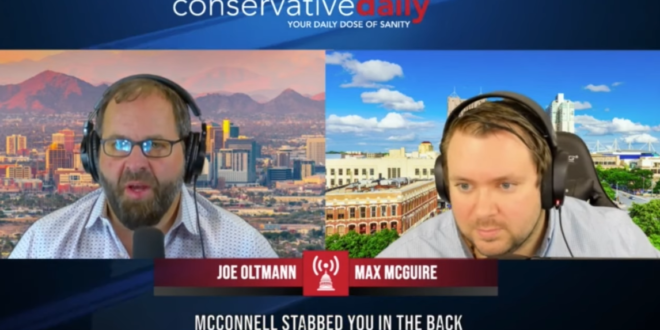 A prominent right-wing activist with ties to many Colorado Republicans on Friday called for the mass executions of politicians he said were “traitors” to the country, including Gov. Jared Polis and many U.S. senators. Joe Oltmann, founder and president of the activist group FEC United and host of the “Conservative Daily” podcast, made a series of comments about the hanging of political opponents on his show throughout the week.

On Friday, Oltmann listened as his co-host, Max McGuire, read aloud the names of the 19 Senate Republicans who this week voted with Democrats to approve an 11-week stopgap spending bill, amid far-right demands to force a government shutdown over federal vaccine mandates for employers. “I want people to go out there and get some wood. The gallows are getting wider and longer. We should be able to build gallows all the way from Washington, D.C., to California.”