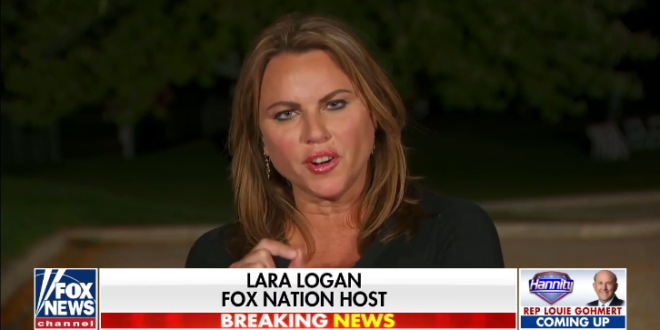 Following her comments about Dr. Anthony Fauci during a Fox News appearance on Monday, Lara Logan has been noticeably absent from the airwaves this week, having made zero appearances since. “Has Lara Logan been quietly benched by Fox News? All indications are yes,” CNN’s Oliver Darcy pointed out in the Reliable Sources newsletter.

“Fox isn’t commenting on the matter, but prior to that Monday appearance, Logan was a mainstay on the network. Now she has disappeared.”

Darcy added that “a hush-hush period in the penalty box is not sufficient” and that Fox News should issue a statement, however the network has not done so at this time. She may be off the air at Fox News, but Logan has continued commentary on Twitter about Dr. Fauci, including retweeting or liking a slew of tweets bashing him as a Nazi or worse.

Fox host Lara Logan says that people tell her that Dr. Fauci doesn’t represent science, but represents Josef Mengele, the Nazi doctor known as the “Angel of Death” for performing medical experiments at Auschwitz: “I am talking about people all across the world are saying this” pic.twitter.com/fF2DAWfG7d