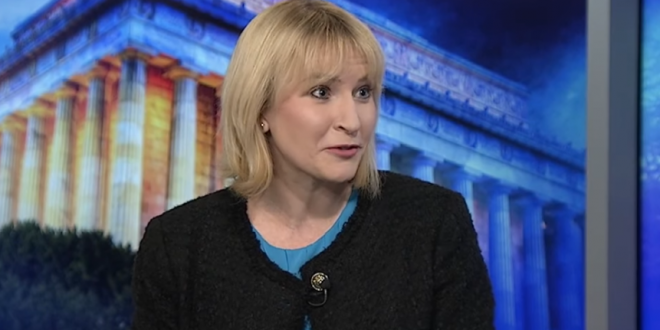 RNC Spox: Ilhan Omar Has Nerve To Accuse Trump Of Racism When Her Ancestors Collaborated With Hitler

“They condemned this president with a smear, calling him racist, when actually it is the other side who has trafficked in anti-Semitism and anti-American rhetoric. She [Omar] proceeds in an interview to distort history, distort the Holocaust, and say that her ancestors gave the Jewish people a safe passage to what she calls Palestine.

“Well, the fact of the matter is her ancestors, the Arabs of the region at the time, worked with Hitler and collaborated with Hitler and their mission was to exterminate the Jewish people. It doesn’t matter what the president tweets. They will call him a racist, regardless.

“And the fact of the matter is, this president is actually celebrating our country, he believes in our country, the freedom, prosperity unlike we’ve ever seen in this history of the world.” – RNC spokesperson Elizabeth Harrington, speaking on Breitbart’s SiriusXM channel.

Prior to her current GOP gig, Harrington was a senior writer for the far-right Washington Free Beacon.