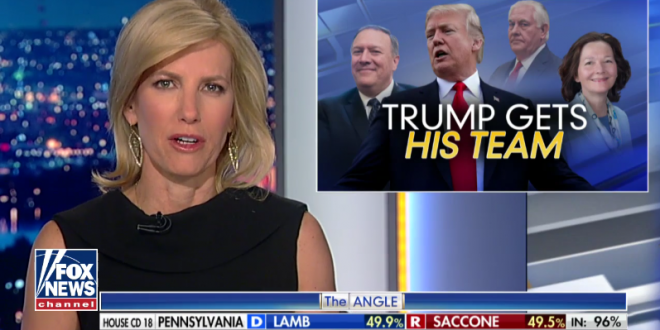 “Since last summer, the president has been slowly getting his team together,” Ingraham said during her opening monologue. “Think about it: He hired general John Kelly as his chief of staff. He moved Sarah Sanders in as press secretary. He moved Tom Price out and Alex Azar in as secretary of HHS [Health and Human Services] and I’m sure there is going to be a lot more changes to come.”

“That’s not chaos. That’s called smart staffing,” she continued. “He has been in the White House just over, what, 13 months or so? And now Trump knows what he needs in his closest staff and the Cabinet, too.”