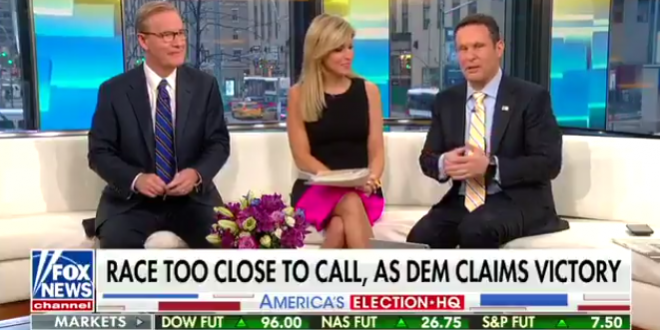 In light of Democrat candidate Conor Lamb declaring victory in Tuesday night’s special congressional election, some pundits have used it to suggest a liberal anti-Donald Trump wave is underway, but the hosts of Fox & Friends chalked the results up to the “cuteness” vote.

Steve Doocy believed the answer to Lamb’s it-factor was his devastating good looks, saying, “Brit Hume said he was cute a couple a nights ago.”