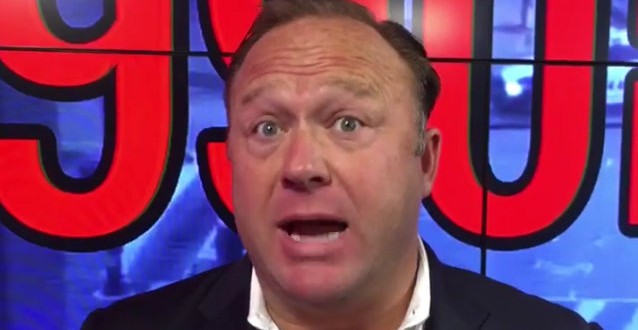 You knew this was coming. Via Right Wing Watch:

Jones, an outspoken ally of Donald Trump, said that Soros is pushing for a “Marxist overthrow of the United States” because “through the destabilization, an even bigger police state will come into control that the social engineers believe they’ll be able to hijack.”

Jones went on to claim that Black Lives Matter activists exaggerate allegations of police brutality in order to justify “a takeover of the policy by the globalists,” who he believes will turn police officers into “oppressors” in a future “reign of terror.”

Left-wing activists, he said, are “starting a race war” to distract people from what he called the real threats to the black community: abortion rights and black-on-black crime.

As you can see by Jones’ headline on the clip below, President Obama helped Soros organize the Dallas attack.