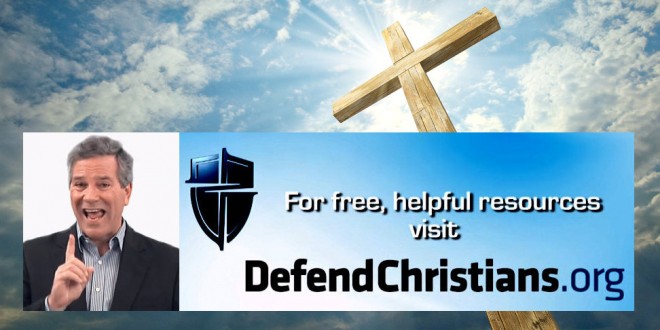 Just like he did in 2008 with Obama, Gary Cass and his Christian Anti-Defamation Commission have launched a money beg to tell the world somebody doesn’t love White Jesus. This time the target is Donald Trump. Cass writes:

Despite his claims, the life, values and words of Donald Trump have yet to show any fruit of a repentant sinner saved by God’s grace. His theology, policies and demeanor are often in blatant opposition to the Christian faith. Is Trump really any different from Bill Clinton, who went to church, held up his Bible all while cheating on his wife?

If Donald Trump campaigns as a Christian it will bring reproach on the Church because he’s clearly ethically compromised by his own words and deeds. In our video campaign we will document Trump’s spiritual claims, his moral scandals and his vacillating social and political policies. Together these show that Trump is clearly not a Christian. After Trump, we will be doing the same on Hillary Clinton’s claim to be a Christian.

We can produce and distribute these videos for just $2,500 a piece. Please, help us raise $7,500 by April 1st to fund this vital campaign. If we don’t get the truth out about Donald Trump and Hillary Clinton’s fake-Christianity we will continue to see our faith undermined by “Christians” in public office. Click here to donate today. Let’s not sit by while our faith is commandeered for four more years by another unregenerate “Christian” president.