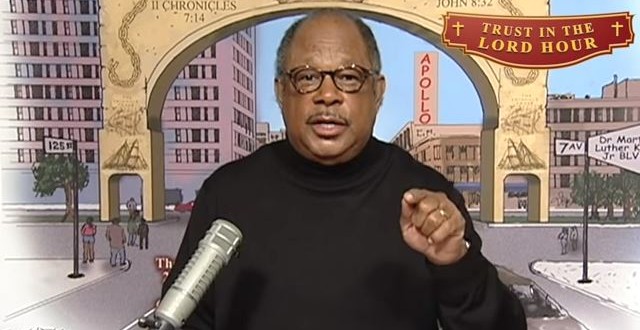 Last week Harlem hate Pastor James David Manning met with Donald Trump and followed up that meeting with a promise to murder the families of any protesters that disrupt his church. And then piss on their graves. Today Pastor Manning would like you to know that watching pharmaceutical commercials will give you cancer.

Start at 15:00 below. Bonus mention of Starbucks’ semen lattes shortly after.