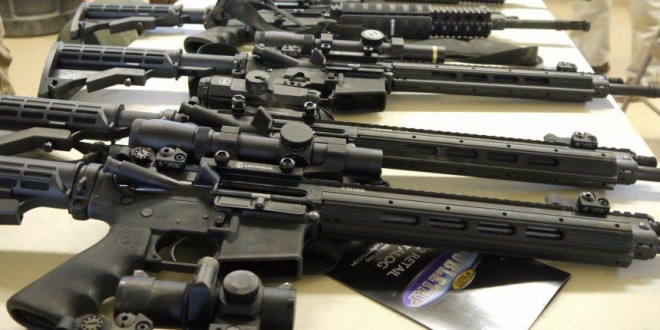 Some welcome news from the Supreme Court, which today refused hear an NRA appeal arising from an Illinois city which has banned residents from owning assault weapons. The Hill reports:

In refusing to take the case known as Friedman v. Highland Park, the court — at least for now — lets stand a lower court’s ruling in favor of the Illinois city’s prohibition and, by extension, several similar bans in place in municipalities around the country.

The case stemmed from an ordinance Highland Park enacted in 2013 prohibiting residents from owning any assault weapons. Arie Friedman and the Illinois State Rifle Association challenged the Seventh Circuit Court of Appeals’ decision to uphold the ban.

The city’s ordinance defines an assault weapon as any semi‐automatic gun that can accept a large‐capacity magazine and has one of five other features: a pistol grip without a stock; a folding, telescoping, or thumbhole stock; a grip for the non‐trigger hand; a barrel shroud; or a muzzle brake or compensator. Some weapons, such as the AR‐15 and AK‐47, are prohibited by name.