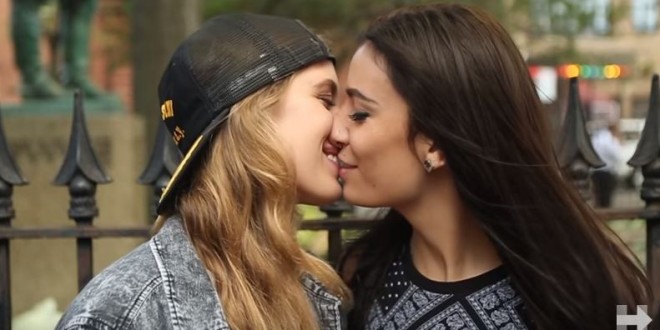 On Sunday, Hillary Clinton released a campaign ad touting her record as an advocate for LGBT rights. The 70-second spot is a pretty low-budget affair, interweaving Clinton’s pro-LGBT speeches (including her landmark Geneva address) with clips of lovey-dovey gay couples. Democratic candidates release stuff like this all the time, and the ad would be unremarkable but for one radical detail: It includes several lingering images of same-sex couples kissing.

Given the distressingly puritanical rules that govern gay PDAs, it’s both impressive and heartening that Clinton includes gay kisses in her official campaign spots. The ad forces viewers to confront images that might make them feel slightly uneasy, then encourages them to view such affection as a normal, healthy manifestation of adult intimacy. Clinton’s dubious long-term record on gay rights has given me pause in the past. But her new ad, combined with a recent slew of strikingly passionate pro-gay speeches, has persuaded me that, at the very least, she’ll support and expand President Barack Obama’s incredible legacy on LGBT rights.