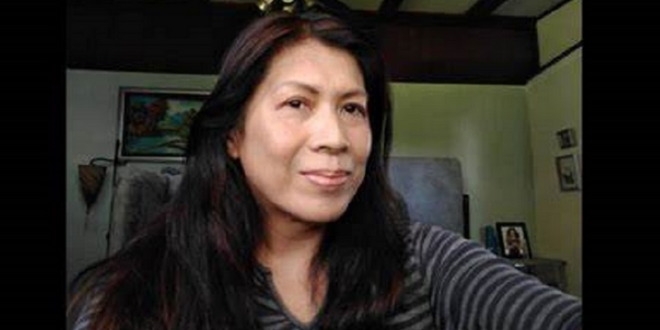 Yet Another QAnon Podcaster Dies Of Something

According to social media posts, Cirsten Tien Soong Weldon died from COVID. Cirsten is a well known Qanon Conspiracy “Qtuber” who does live feed shows and posts on Telegram. She wrote “Intel Drops” which is a conspiracy theory laden book she claims was a Amazon best seller until Amazon “killed it” by removing it.

She is sometimes listed as an actress, but her only roles listed on IMDB were as “girl in a car” in The Doors, and “an agent’s girlfriend” in Hard to Die – she was topless in both scenes.

She was once featured in Newsweek for claiming that Hillary Clinton died of “Kuru” which is a disease you can get from eating human infected brains and that Angela Merkel is in “stage 3” of the same disease.

As you’ll see, Weldon appeared on podcasts with recently dead QAnon nutbag Doug Kuzma and homocon “singer” Ricky Rebel, who is popular in Trump land for his song “MAGA” – which is sung to the tune of “YMCA.”

This woman uploaded so many You Tube videos. Many of them contained the idiotic stuff I like to C & P and post on here to mock. Needless to say, the QAnons are distraught.https://t.co/aEHi9C1R2a

Cirsten Weldon, another QAnon conspiracy theorist just died.After self treating, she had to be rushed to ER and eventually died. At least she wasn’t a GOP Hypocrite. #CirstenWeldon #HermanCainAward https://t.co/3ariQTtq7f

It is with great sadness today that we say goodbye to Cirsten Weldon’s presence on this Earth.
She was a true warrior for God!
We will miss her and continue this battle and to bring out the truth that she did so well.
Goodbye and God Bless you Cirsten Weldon!
From me, Gene Decode

Since Cirsten W's source is never wrong, I guess we have no choice but to believe that RBG has been dead since 2019 and that Chief Justice John Roberts got $3 trillion dollars after the 9/11 attacks. pic.twitter.com/IHGwPRHmeZ