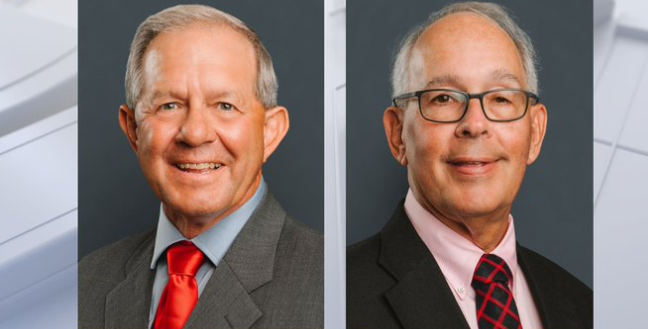 Two county commissioners in central Florida were suspended from office Thursday, several weeks after being arrested and charged with lying during an investigation of possible Sunshine Law violations.

Gov. Ron DeSantis issued two executive orders to remove Sumter County commissioners Oren Miller and Gary Search from their elected offices until their criminal cases are resolved, in accordance with state law. Miller and Search were arrested Dec. 15 and charged with perjury.

Read the full article. This is a relatively minor story, perhaps, but is emblematic of the GOP sewer that is The Villages, where four residents have now been charged with casting multiple ballots in the 2020 general election. Time for another Trump golf cart parade.

Gov. Ron DeSantis removed the men from office weeks after they were charged with lying during an investigation of possible Sunshine Law violations.https://t.co/A4ScNbSNjs

Two county commissioners in Central Florida have been suspended from office, several weeks after being arrested, accused of lying during an investigation of possible Sunshine Law violations. https://t.co/hBaD74KFEF

Previous Carlson: “Not A Lot Really Happened” On January 6th
Next Yet Another QAnon Podcaster Dies Of Something