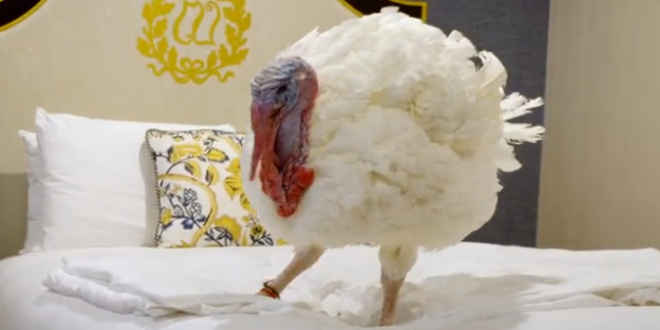 White House Unveils Turkeys To Be Pardoned By Biden

President Joe Biden will pardon two turkeys from Indiana named Peanut Butter and Jelly at the White House, carrying on a decades-old tradition. The birds were featured in a short video the White House tweeted out Thursday, perched on side-by-side hotel-style beds with crested headboards.

In 1947, President Harry Truman was the first recipient of a bird gifted by America’s turkey farmers, a tradition that continued.

In 1963, President John Kennedy decided to send his gift back to the farm where it came from. In 2020, then-President Donald Trump emerged from a self-imposed isolation he began after losing the November presidential election to pardon Corn, a 42-pound turkey.

Meet Peanut Butter and Jelly, the turkeys who will be pardoned by @POTUS tomorrow. pic.twitter.com/36XjavdIlm