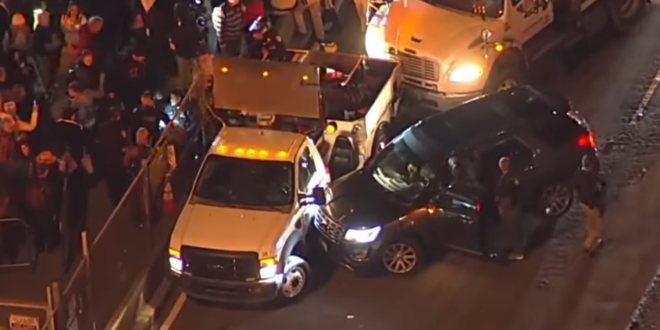 The crash occurred shortly before 6 p.m. at the San Francisco entrance to the Golden Gate Bridge, where there was a protest billed as a “nationwide walkout” against government-mandated vaccinations against Covid-19, California Highway Patrol spokesman Andrew Barclay said.

The two officers and a Golden Gate Bridge employee were hospitalized with injuries not believed to be life-threatening, Barclay said. Two other bridge employees who were hurt were treated at the scene and released.

VIDEO: Two CHP officers and three others were injured in a car crash on the Golden Gate Bridge near an anti-vaccine protest. Aerial footage shows hundreds surrounding the vehicle and officers investigating the incident. More details here. https://t.co/XJFi4Zn926 pic.twitter.com/iWnhC7SMNH