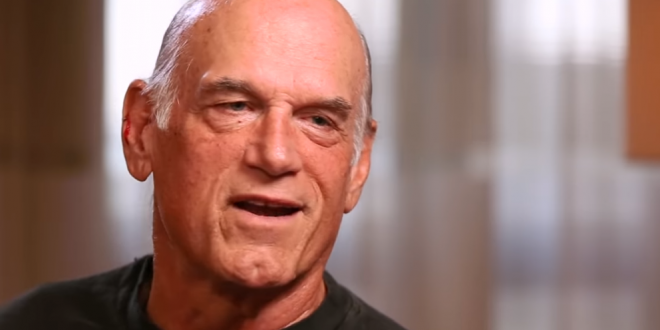 Former Minnesota Gov. Jesse Ventura is going to ‘test the waters’ for a Green Party presidential bid. “IF I were going to run for president, the GREEN party would be my first choice. I’ve endorsed the party and I’m testing the waters,” Ventura tweeted Monday morning.

Minnesotans elected the former professional wrestler as governor in 1998, after he ran as a Reform Party candidate. He served one term and transitioned to the Independence Party while in office.

This is not the first time Ventura has mulled a run for president. Ventura quashed speculation about a bid in 2016, saying that while he would like to debate then-GOP candidate Donald Trump and Democratic candidate Hillary Clinton, he would not want the White House job.

As I reported just four days ago, Ventura had gone on a late night Twitter tirade, attacking reporters for speculating on his possible run. So much for that. Ventura is a regular on Russia’s state-owned English language version of RT.

OK, I’ve decided I’m going to test the waters. IF I were going to run for president, the GREEN party would be my first choice. I’ve endorsed the party and I’m testing the waters. #mondaythoughts #MondayMorning #MondayMotivaton #MondayMood

To be clear: I haven’t filed anything. I authorized a letter of interest that was sent on my behalf to the Greens and I’m testing the waters for Green Party nomination. I’m an independent. I’m not a Democrat or a Republican because I know they’re not the solution.