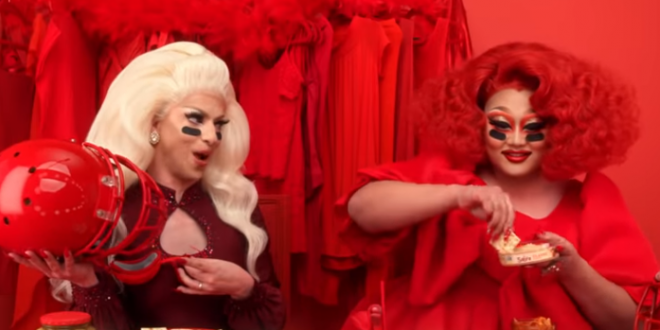 First, it was an unexpected appearance at President Donald Trump’s impeachment hearings, and now it’s a barrier-breaking debut during one of the year’s most watched sporting events.

Drag queens, for the first time, will appear in a Super Bowl advertisement. “RuPaul’s Drag Race” alumni Kim Chi and Miz Cracker will make history in a commercial for hummus brand Sabra during the football championship game Feb. 2, when the Kansas City Chiefs will face the San Francisco 49ers.

In the teaser for the ad campaign, which the New York-based company posted on its YouTube channel last week, Miz Cracker clumsily attempts to put a football helmet on over her sizable wig.

Previous GOP Braces For Domino Effect On Witnesses Vote
Next Napolitano: Trump Should Just Use “So What” Defense