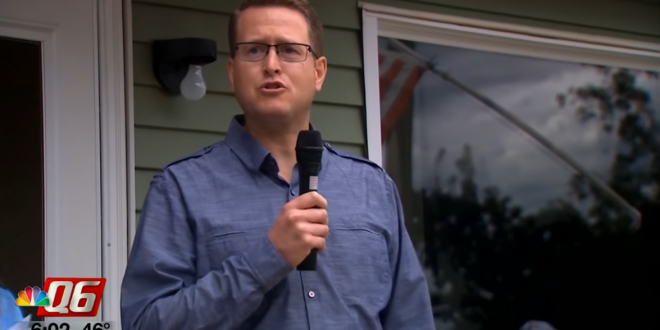 The Republican politician Matt Shea connected close allies with a group offering training to young men in “biblical warfare” that includes how to use knives, pistols and rifles, with lessons based in part on the teachings of a Georgia-based neo-Confederate pastor, emails obtained by the Guardian reveal.

Shea, who is an elected Washington state representative, later made videos in support of the group, and appeared alongside them at a gathering at a religious community in remote eastern Washington. He also paid the founder of the group money from his campaign fund in 2018.

The emails, sent in July 2016, begin with an email from Patrick Caughran, who presents himself as the founder of a training group called Team Rugged. They were provided to the Guardian by a former Shea associate who was copied in on the exchange.

Shea last appeared on JMG in May when he hosted a fundraiser to create a 51st “Christian state” out of bits of Washington and Idaho.

Last November, Shea was exposed for distributing a manifesto calling for the executions of all males who “flout biblical law.” Two weeks later he easily won reelection.