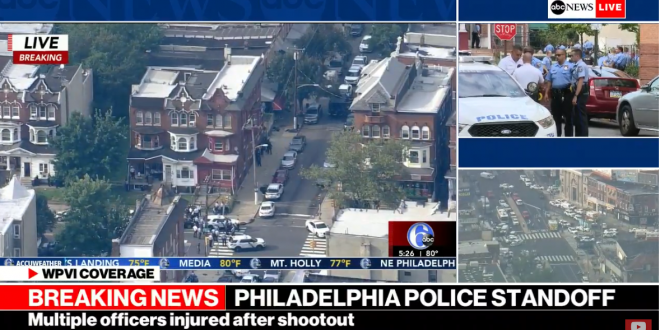 At least five Philadelphia police officers were shot in Philadelphia’s Nicetown-Tioga section and rushed to the hospital on Wednesday afternoon.

Police say the shooting happened on the 3700 block of North 15th Street. Police were first called to the scene for narcotics activity, according to Philadelphia Police Capt. Sekou Kinebrew. Sources tell CBS3 that the scene is sheer chaos as officers were taking fire.

Lockdown is in effect for Health Sciences Center Campus. Seek shelter. Secure doors. Be silent. Be still. Police are responding.