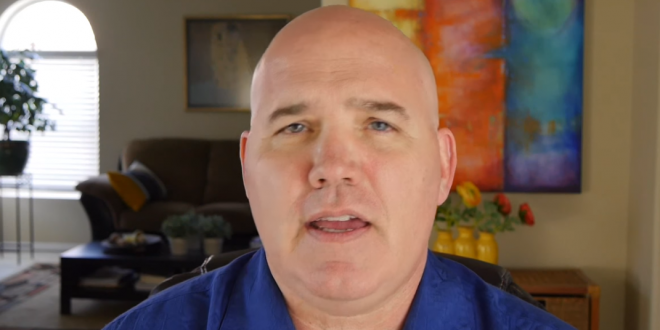 Christian Activist: Trump Will Arrest And Execute His Enemies, It’s Going To Look Like It Did In Saudi Arabia

“I’m here to tell you, these people are going to face prosecution, they’re going to face serious jail time, and some of them will face the death penalty. There is no other way forward. Trump declared war against them, and they know that they are facing life in prison or possibly a death sentence.

“This is a winner-take-all game, and Trump is either going to prosecute them and put every one of them in jail and probably have a lot of them executed, or they are going to come after him and kill his family. This is a battle to the death. There can be no clemency, there can be no deals, and there can be not much mercy.

“Saudi Arabia, I think, was a good example of what this will look like. We’re probably going to see something like that here. There are going to be mass arrests and these people are going to be held accountable.” – “Praying Medic” and leading QAnon nutbag Dave Hayes.

In the clip you’ll see that Hayes predicts that Trump will execute Barack Obama, Hillary Clinton, and others. His YouTube clips regularly get hundreds of thousands of views. On Twitter he has nearly 200,000 followers.