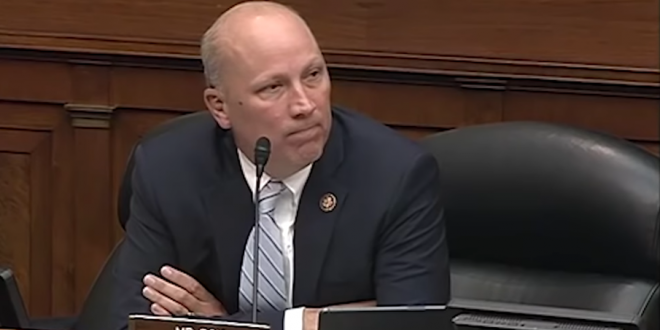 Rep. Chip Roy became the man who delayed $19.1 billion in disaster aid to communities throughout the country on Friday. House leaders tried to pass a multibillion-dollar disaster assistance measure by unanimous consent, but the Texas Republican objected on the floor.

Communities still severely damaged by wildfires, flooding, hurricanes, lava flow and even typhoons have waited for this assistance as the president battled with Democrats about money to help Puerto Rico continue to rebuild following the Category 5 hurricanes that hit the U.S. territory in 2017.

Roy took issue with passing the measure without a roll call vote. He also complained that the legislation lacks offsets to prevent it from driving up the deficit and that congressional leaders left off billions of dollars in emergency funding Trump seeks for handling the inflow of immigrants at the U.S.-Mexico border.

Chip Roy, the Texan freshman congressman who is single-handedly holding up a disaster relief package for Florida’s Panhandle because it lacks funding for border wall, is a staggering hypocrite. Here’s what he wrote on Hurricane Harvey relief in 2017:https://t.co/MtGbbSkMEJ pic.twitter.com/t16WRh2PC0

Rep. Chip Roy became the man who delayed $19.1 billion in disaster aid to communities throughout the country on Friday. https://t.co/fZRdSjwYu7

When we spoke to Roy earlier this year, he said he’d keep his campaign promises, even if it meant bucking his party. pic.twitter.com/6nzypvRuCw

Previous Trump Denies Knowing His Fake Pelosi Video Is Fake
Next Christian Activist: Trump Will Arrest And Execute His Enemies, It’s Going To Look Like It Did In Saudi Arabia