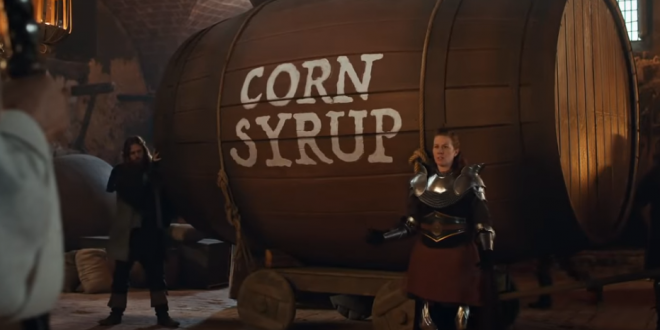 A Wisconsin judge has ordered Anheuser-Busch to stop suggesting in advertising that MillerCoors’ light beers contain corn syrup, wading into a fight between two beer giants that are losing market share to smaller, independent brewers.

Corn syrup is used by some brewers during fermentation. During that process, corn syrup is broken down and consumed by yeast so that none of it remains in the final product. Bud Light is brewed with rice instead of corn syrup.

The ruling affects two Bud Light commercials and billboards that describe Bud Light as containing “100 percent less corn syrup” than Miller Lite and Coors Light. MillerCoors maintains Anheuser-Busch is preying on health-conscious consumers who have negative connotations of corn syrup, sometimes confusing it with the high-fructose corn syrup in sodas.