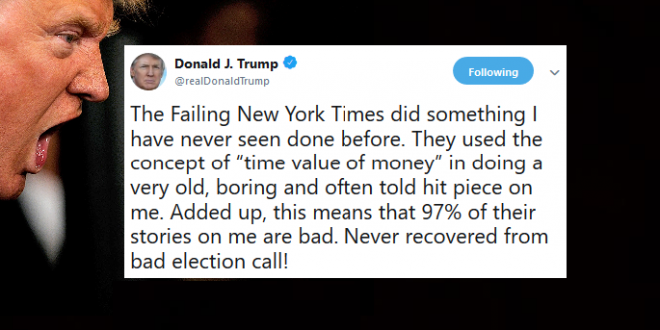 The New York Times is standing by its bombshell investigation into the Trump family’s real estate empire, reporting Tuesday that President Donald Trump “engaged in suspect tax schemes as he reaped riches from his father.”

The president’s lawyer signaled in a statement the possibility of a defamation lawsuit “should the Times state or imply” that he engaged in “fraud, tax evasion, or any other crime,” but one of the reporters who broke the story, Susanne Craig, is “not at all” concerned about the warning, she told “Good Morning America” Wednesday.

Trump mocked the report Tuesday morning, calling it an “old, boring and often told hit piece” in a tweet.

The Failing New York Times did something I have never seen done before. They used the concept of “time value of money” in doing a very old, boring and often told hit piece on me. Added up, this means that 97% of their stories on me are bad. Never recovered from bad election call!