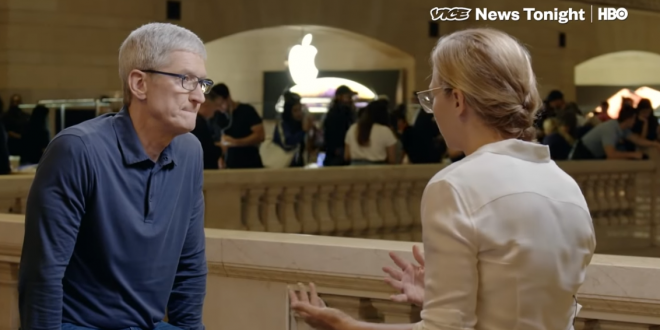 The amount of information about individual users stored online and on their phones is enormous, Cook said in an interview with Vice News Tonight on Tuesday. The tech industry hasn’t done a good job of respecting and protecting that data, he said.

“I’m not a pro-regulation kind of person, I believe in the free market deeply,” Cook said. But, he added, “when the free market doesn’t produce a result that’s great for society, you have to ask yourself: what do we need to do? And I think some level of government regulation is important to come out of that.”

“The narrative that some companies will try to get you to believe is, ‘I’ve got to take all of your data to make my service better.’ Well, don’t believe that,” Cook said. “Whoever’s telling you that—it’s a bunch of bunk.”

Apple’s approach is based on what it calls “differential privacy”—essentially, it sucks user data into its systems, but adds “statistical noise” as it does so, to make it impossible to identify particular users from their data while still getting a meaningful result from the overall mix of data.

Cook said in his interview that Apple’s decision not to build detailed profiles of its customers meant the sort of data breach that just hit Facebook could never hit his company.