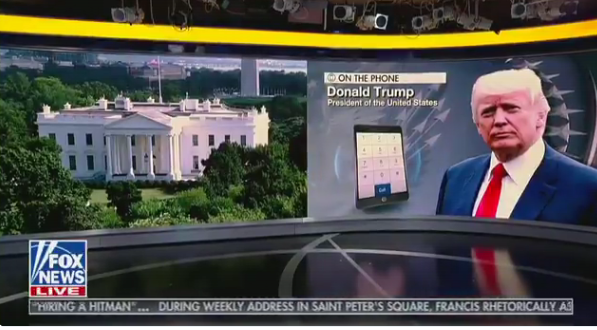 Glorious Leader: Devin Nunes Deserves The “Medal Of Honor” For Defending Me Against Russian Witch Hunt

President Donald Trump said Thursday that Rep. Devin Nunes deserves a Medal of Honor for the courage he displayed by taking on the Department of Justice over the investigation into Russian meddling in the 2016 election.

During a wide-ranging interview on Fox & Friends, Trump repeated his denial that there was any collusion between his campaign and Russian operatives and denounced special counsel Robert Mueller’s investigation as “disgraceful” and a “witch hunt.”

“If this turns out as everyone thinks it will, Devin Nunes should get the Medal of Honor,” he said. “What he’s gone through, and his bravery, he should get a very important medal.” Apparently realizing that the Medal of Honor is awarded for military valor, Trump then added, “Maybe we’ll call it the Medal of Freedom because we actually give them, the high awards for civilians.”

TRUMP, ranting, says @DevinNunes should get the “Medal of Honor” for his efforts to expose purported anti-Trump bias within the FBI pic.twitter.com/VexWyyOQnz

“Devin Nunes should get the Medal of Honor,” Trump says, seemingly putting Nunes’ efforts to defend the president on par with members of the military who risk their lives displaying remarkable, selfless acts of valor

Previous Michelle Obama On Running For Office: Absolutely Not
Next 20 Years After His Death, Ashes Of Matthew Shepard To Be Interred At Washington National Cathedral [VIDEO]