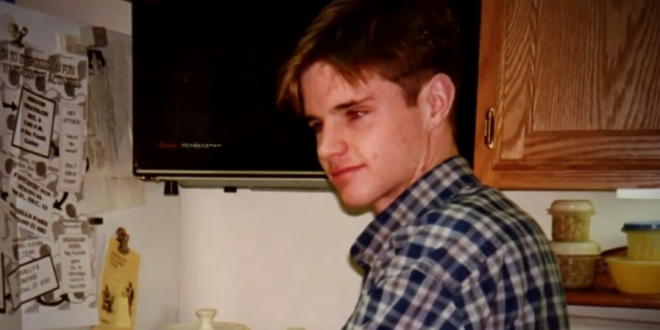 20 Years After His Death, Ashes Of Matthew Shepard To Be Interred At Washington National Cathedral [VIDEO]

For 20 years, the ashes of Matthew Shepard have not been laid to rest. Mr. Shepard’s killing in 1998, when he was a 21-year-old college student, led to national outrage and, almost overnight, turned him into a symbol of deadly violence against gay people.

Mourners flocked to his funeral that year in Casper, Wyo., but there were also some protesters, carrying derogatory signs. Mr. Shepard’s parents worried that if they chose a final resting place for their son, it would be at risk of desecration. Now they have found a safe place. On Oct. 26, Mr. Shepard will be interred at the Washington National Cathedral, the neo-Gothic, Episcopalian house of worship that is a fixture of American politics and religion.

“I think it’s the perfect, appropriate place,” Dennis Shepard, Matthew’s father, said in an interview on Thursday. “We are, as a family, happy and relieved that we now have a final home for Matthew, a place that he himself would love.”

“We were hopeful through the Obama administration and with the end of ‘don’t ask, don’t tell,’ and the passage of gay marriage, that maybe we were moving into an era when social and political wars over gender and sexuality were fading, but it didn’t go that way,” said Jason Marsden, executive director of the Matthew Shepard Foundation, which advocates in particular for gay youth, including through hate crimes legislation. Marsden was friends with Shepard in the year or two before he was killed. “In everything from the alt-right to white supremacist movements, these are reversals.”

Shepard had been active in the Episcopal Church as a youth, Marsden said, including being an altar server at St. Mark’s in Casper, Wyo. Yet after his murder, his family “was struggling” to figure out how to bury the 21-year-old. “They were very cautious of doing something that would lead to weird pilgrimages or vandalism,” Marsden said. Westboro Baptist Church in fact made a name for itself after protesting Shepard’s funeral with anti-gay signs.

20 years after his death, Matthew Shepard will be interred at @WNCathedral on 10/26 at 10 am. More details at https://t.co/OETHxyfWZ8 pic.twitter.com/bOJbHJslU2

Previous Glorious Leader: Devin Nunes Deserves The “Medal Of Honor” For Defending Me Against Russian Witch Hunt
Next 20 Democratic Senators Petition Pompeo To Reverse “Cruel” Denial Of Visas To Partners Of LGBT Diplomats