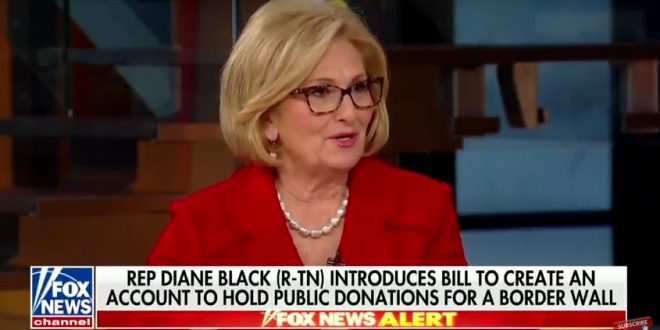 Rep. Diane Black, a Republican running for Tennessee governor, has introduced legislation that would let people and companies donate to the construction of a U.S.-Mexico border wall. Her bill would create an account at the Treasury Department to take donations that would be used to fund President Trump’s biggest campaign promise, after Congress failed to give him the $25 billion he requested in January.

“While Democrats block commonsense border security and put illegal immigrants before our families, we are going to put America first. Real immigration reform cannot be achieved without a secure border,” Black said in a statement. The Border Wall Trust Fund Act would allow money deposited in the Treasury fund to be used for “planning, designing, constructing, and maintaining a barrier along the international border,” her press release stated.