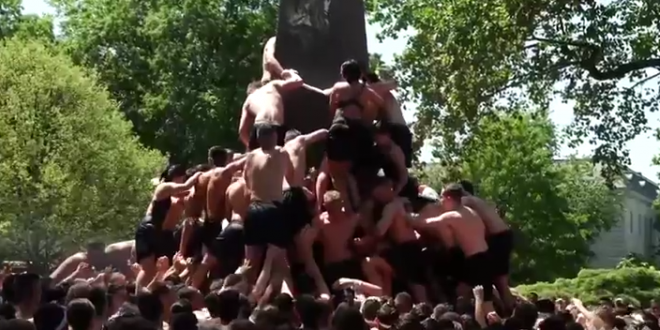 Several hundred young warriors stormed a 21-foot-high obelisk at the U.S. Naval Academy in Annapolis on Monday, slipping and sliding as they formed a human pyramid around a monument covered in 50 pounds of vegetable shortening.

The annual tradition marks the end of their hellacious “plebe” year at the academy, the country’s premier training ground for Navy and Marine Corps officers. But that year is only over once the freshmen, known as plebes, manage to replace a “dixie cup” cap perched at the monument’s tip with an upperclassman’s hat.