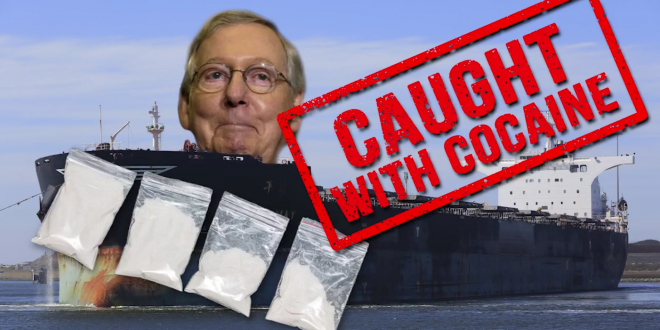 Blankenship To “Cocaine Mitch”: This Isn’t Over [VIDEO]

Greg Thomas, Blankenship’s campaign manager, warned that Blankenship will work to “make sure” Attorney General Patrick Morrisey, who won the party’s nomination, loses the race in November. Thomas didn’t specify how Blankenship, who has deep pockets, would get involved, saying “all options” — including directly attacking Morrisey or backing another candidate — were on the table. McConnell separately confirmed to Fox News radio that he had answered his phone a few times as “Cocaine Mitch.”