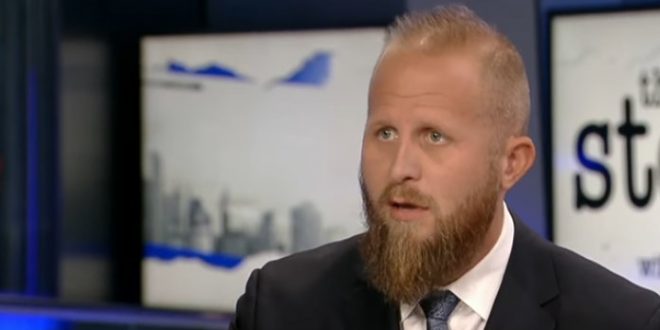 President Trump’s 2020 campaign manager is calling for Jim Acosta to be stripped of his press credentials after the CNN White House correspondent questioned Trump during the White House Easter Egg Roll on Monday.

Brad Parscale shared an article from The Daily Caller, which reported that Acosta “yelled at Trump” during the event. Parscale said in his tweet that he thinks it is time for Acosta to “get a suspension for breaking protocol.”

“Should the DACA kids worry?” Acosta asked the president, referring to immigrants who came to the country illegally as children protected under the Deferred Action for Childhood Arrivals (DACA) program. Acosta then pressed Trump, asking, “Didn’t you kill DACA?”

Is it also “protocol” to brag about the economy and the strength of the military to a bunch of kids waiting to see the Easter Bunny? Because that also happened today.

Maybe it is time for Jim Acosta to get a suspension for breaking protocol. He continues to embarrass himself and @CNN. Pull his credentials for each incident. https://t.co/WHC9nlIo75

Just doing my job.. which is protected by the First Amendment of The Constitution. You might want to give it a read. https://t.co/lbUZmxGPJO