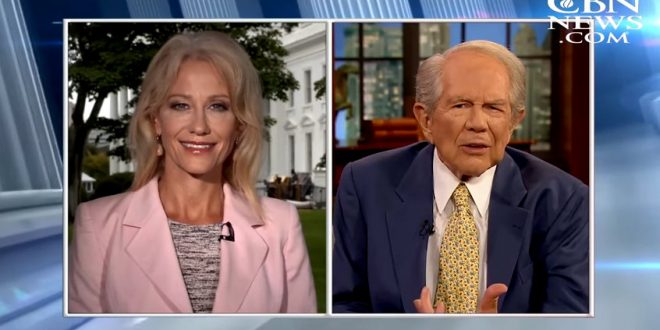 Counselor to the president Kellyanne Conway was interviewed by Pat Robertson on “The 700 Club” today, where she declared that President Trump’s most notable characteristic is his humility.

Robertson kicked off the softball interview by asking Conway “what characteristic stands out in your mind” most about Trump, to which she replied that “it’s one that most of the media never associate with him, and I would say it’s humility.”

Previous Fox News Will No Longer Air In Britain
Next Trump In Texas: “What A Crowd! What A Turnout!”