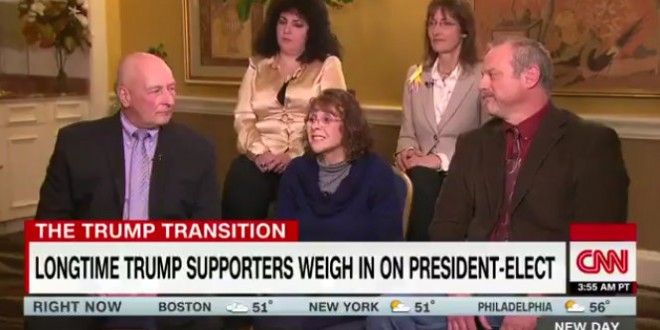 Supporters of President-elect Donald Trump are pointing to stories circulated on Facebook in explaining why they believe there was widespread voter fraud during the election despite a lack of evidence.

CNN “New Day” host Alisyn Camerota was surprised during a segment early Thursday when one female Trump supporter said 3 million people voted illegally in California, adding that she saw the news on CNN.

When asked where she heard the news, the woman said, “from the media. Some of them were CNN, I believe. It was coming all across the media.” “I think there was a good amount,” the woman added. “Because the president told people they could vote, and it happened in Nashua…. we caught some people and they said, ‘The president said I could vote, I’m here illegally.’”

Another women then said, “Google it, you can find it on Facebook.” Camerota challenged the supporters, asking if they truly believed there had been widespread voter fraud in the millions. At the end of the interview, the supporters said, “yes.”