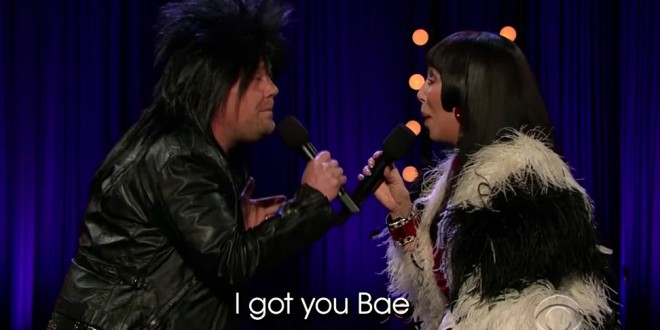 Cher joined James Corden Thursday to perform “I Got You, Bae,” a modernized version of Sonny & Cher’s 1965 hit “I Got You Babe,” on The Late Late Show. “I’m going to do one of my favorite songs tonight,” the singer told the crowd. “But I want to do it in a different way.”

“They say we’re young and we don’t know/ How to find love without using your phone,” Cher crooned. “I don’t know if all that’s true/ ‘Cause you swiped me and, baby, I swiped you,” Corden replied.

Pet Shop Boys were to have also been on last night’s show, but Neil Tennant is ill.